Innovation in the gas industry paves the way to low-carbon future
By Marco Alverà, President of GasNaturally

Meeting the longterm greenhouse gas (GHG) emissions target of the COP21 Paris Agreement will require extraordinary measures. On current trends, the world is set to miss the Paris goals; however, a radical shift towards innovative and affordable gas technologies could make a real difference in achieving global climate goals in a sustainable way. This is especially relevant in the context of growing energy demand: according to the International Energy Agency’s (IEA) World Energy Outlook 2018 , global demand is set to grow by more than 25% by 2040.

To meet this challenge, gas companies are pulling their weight by improving the efficiency of their own processes and increasingly investing in decarbonised and renewable energy ventures.
As the CEO of SNAM, Italy’s leading gas infrastructure operator, I am honoured to represent also the GasNaturally partnership of six Associations throughout Europe. Having served the gas industry for almost two decades, I can see clearly how vital it is that the industry pursue innovation in order to remain relevant in the long term.

GasNaturally’s membership covers the entire value chain, from upstream to transmission, distribution, wholesale and retail operations, as well as gas utilisation including in maritime, road and rail transport. This diversity is our strength: we support research and development (R&D) and are investing in the implementation of a full range of promising new technologies with long-term potential to reduce carbon dioxide (CO2) emissions, such as power-to-gas (P2G), natural-gas-to-hydrogen, carbon capture and storage (CCS), and carbon capture use and storage (CCUS).

The gas industry today can partner and support the clean energy of tomorrow.
Extensive existing gas infrastructure throughout Europe can be used to provide the flexibility needed to meet seasonal variations and peaks in energy demand and to transport increased quantities of renewable and low-carbon energies to final customers – a key feature that the electricity network is unable to deliver.

The most common renewable gases, such as biomethane and synthetic methane, have compositions similar to natural gas, which means that existing consumers can convert to low-emission fuels without further investment. At the end of 2017, there were more than 17 000 biogas plants and more than 500 biomethane plants in Europe, and further development of the sector is planned in the coming years. In Spain, the SMART green gas project, led by one of our members, is developing new generation technologies to obtain high-quality, low-cost biomethane for industry, transport and households. In parallel, the Power2Biomethane project aims to develop a fully renewable biomethane generation system through advanced bioelectrochemical process. In Italy, SNAM places decarbonisation and smart energy at the core of our company strategy. We invest in biomethane and energy efficiency and support the vast potential of hydrogen as a sustainable energy technology.

The gas industry is best placed to launch a hydrogen revolution.
Cutting-edge P2G technology can convert excess electricity from renewable sources into hydrogen. Recent examples of the gas industry’s ventures into this type of renewable gas in Europe include: the world’s first demonstration plant for storing wind energy in the gas grid at the WindGas Falkenhagen project in Germany; trial injections of hydrogen into the natural gas distribution network in Dunkirk under the GHRYD project; and the conversion of surplus renewable power into hydrogen and synthetic methane for storage by the French Jupiter 1000 project. Across Europe, the gas industry is developing more hydrogen projects. 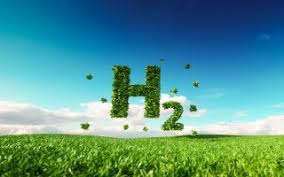 According to the UN Intergovernmental Panel on Climate Change (IPCC), use of CCS will be needed to deliver the negative emissions required in 101 out of 116 possible scenarios for limiting global warming to below 2°C. Similarly, in its projections for GHG mitigation, the IEA ranks CCS as a key technology, alongside energy efficiency and renewable energy. The gas sector has vast expertise in CO2 management, which can benefit other industrial sectors through a broader process called CCUS, applicable both to precombustion and post-processing. Post-processing solutions are being championed in the Netherlands and Norway. These projects aim to capture CO2 from industrial processes – such as refineries, cement factories and chemical plants – to either supply it to other industrial users or to store it safely and permanently in depleted oil and gas fields.

The CO2 can be transported in two ways: by pipeline, as in the Porthos project under development in the Port of Rotterdam, or by ship, as in the Northern Lights project. The latter project aims to establish the world’s first large-scale ‘open source’ infrastructure for receiving and storing CO2 from multiple industries in Norway and other industrial regions in Europe. Currently, approximately 50% of hydrogen is produced from natural gas using steam methane reforming (SMR) processes. Pre-combustion capture technologies use SMR to strip CO2 from natural gas and can facilitate this revolution by producing ‘hydrogen fuel’, which can serve as a clean industrial feedstock or fuel for industry and households.

The UK leads the way on hydrogen use in the H21 City Gate project, which aims to switch natural gas household heating infrastructure in the city of Leeds to 100% hydrogen produced from natural gas through SMR with CCS. In the ManchesterLiverpool Hydrogen Cluster, SMR will produce hydrogen for local car manufacturers, refineries and households while the CO2 will be safely stored beneath the Irish Sea. In the Netherlands, our members are repurposing the Magnum natural gas power plant to run on hydrogen. The CO2 from the repurposed plant will be contained in a North Sea storage facility to be developed by the Northern Lights project. 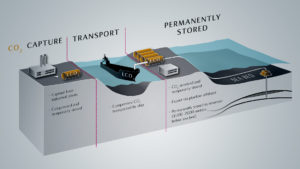 Political support is vital to making the EU long-term vision a success.
The best way to foster a cost-effective approach to cleaner and more innovative energy is to concentrate resources on R&D of the most promising non-mature technologies, including renewable gases, and to facilitate their largescale deployment. This is among the key ‘asks’ addressed to policymakers in our recently published Manifesto of the European Gas Industry (link).

To achieve the COP21 Paris Agreement objectives, markets and R&D laboratories need to work effectively, creating competition among technologies to deliver the most beneficial solutions, both socially and economically. It is clear that investment to the tune of trillions of Euros will be needed to deliver the Paris targets. To make informed decisions in the near term, policymakers must also consider the cost of failing to meet the long-term targets already agreed upon.

Decide which cookies you want to allow. You can change these settings at any time. However, this can result in some functions no longer being available. For information on deleting the cookies, please consult your browser’s help function. Learn more about the cookies we use.

With the slider, you can enable or disable different types of cookies: